Although this is not considered a public holiday, members of Thailand’s Chinese community usually take at least one day off from work to engage in various activities. They pray to the gods and pay respect to their ancestors, and this is also when the whole family enjoys a sumptuous Chinese banquet together at home. On New Year’s Day, it’s time to rest and do absolutely nothing. Most people visit extended families and relatives in order to exchange gifts. Get into the spirit of Chinese New Year by wearing a red shirt, blouse or dress!

Makha Bucha Day is a Buddhist holiday celebrated in Thailand, which is based on the Buddhist Lunar Calendar. The celebration is held during the third lunar month of the year because Buddha is said to have delivered his teachings of:cease from evil, do good, and cleanse your mind.

It is said that Buddha made the decision to reach “Nirvana” on this day, which means the mind departing from the body and the body dying. He reached enlightenment on Visakha Bucha Day, three months later.

On this day, people go to Buddhist temples to take part in rites and to “earn merit.” They also abstain from alcoholic beverages, give food offerings to monks, meditate, and take part in a late-night candle procession.

On this day, the people of Thailand celebrate the founding of the still-reigning Chakri royal dynasty back in 1782. It is also a day to remember all of the contributions of all the Chakri kings throughout the history of Thailand.

Only a few days after Chakri Day comes the popular three-day-long festival of Songkran, so this is a very festive time of year in Thailand.

Thailand´s Songkran Festival gets its name from ancient Sanskrit, with songkran meaning ‘to pass’ or ‘to move into’, in reference to the zodiacal orbit of the sun, moon and other planets. Indeed, the Songkran Festival is greatly influenced by ancient Indian beliefs and can be traced back to the Sukhothai Kingdom in the 13th century when civil servants and other government officials would pay homage to the king and drink the oath of allegiance. During the Ayutthaya era, Songkran celebrations were embellished to include Buddha image bathing rituals, the creation of sand pagodas and cultural entertainment – customs which continue to this day.

Songkran is a time when Thai people enjoy a welcome break from their daily work routine, pay respects to ancestors and older generations, with younger Thais sprinkling scented water on the hands of their elders. Traditional rituals are accompanied by an atmosphere of enthusiastic celebration, in which traditional performances and street parties are accompanied by lots of water throwing.

Labour Day is celebrated on 1 May in many nations around the world, including in Thailand. This holiday has roots in the labour union movement and in the struggle for workers rights internationally.

Visakha Bucha Day commemorates the three major events in the life of Buddha: his birth, his enlightenment, and his death. In Thailand, Visakha Bucha Day is a time when the devout visit local temples to “make merit,” by giving donations and engaging in various rituals. While there, they also listen to sermons on Buddha’s teachings, meditate, recommit themselves to follow the precepts of Buddhism, and offer food to temple workers. Some also set birds or fish free as a means of eliminating “negative karma”.

Thai law prohibits the sale of alcoholic beverages on Visakha Bucha Day, which causes many bars to close temporarily. Many of celebrations are private and religious, but tourists are allowed to visit most of the many temples of Thailand.

This is an annual ceremony and a special day where a symbolic rice planting takes place, which is supposed to help guarantee a good harvest in the year to come.

Asahna Bucha Day is the celebration in Thailand of the “Four Noble Truths” preached by Buddha in his first sermon after his enlightenment. These four noble truths are dukkha, tanha, nibbana, and the eight-fold path.

Asahna Bucha is one of the most important Buddhist holidays. People will visit temples, leaving gifts of candles and flowers for the resident monks. Some young men will also volunteer to become monks themselves.

Khao Phansa marks the first day of “Buddhist Lent,” a time when observant Buddhists fast from such things as meat, alcohol, and tobacco. For the most part, only Theravada, rather than Mahayana, Buddhists observe Khao Phansa, and even many Theravada practitioners choose not to fast.

Another name for Khao Phansa is “the Rains Retreat” because it occurs at the beginning of Thai rainy season and because Buddhist monks take this opportunity to retreat inside their temples for a three-month period of study and meditation. This tradition of a “rainy season retreat” predates Buddhism, but it was followed by Buddha during his lifetime, which encourages many to emulate him today. 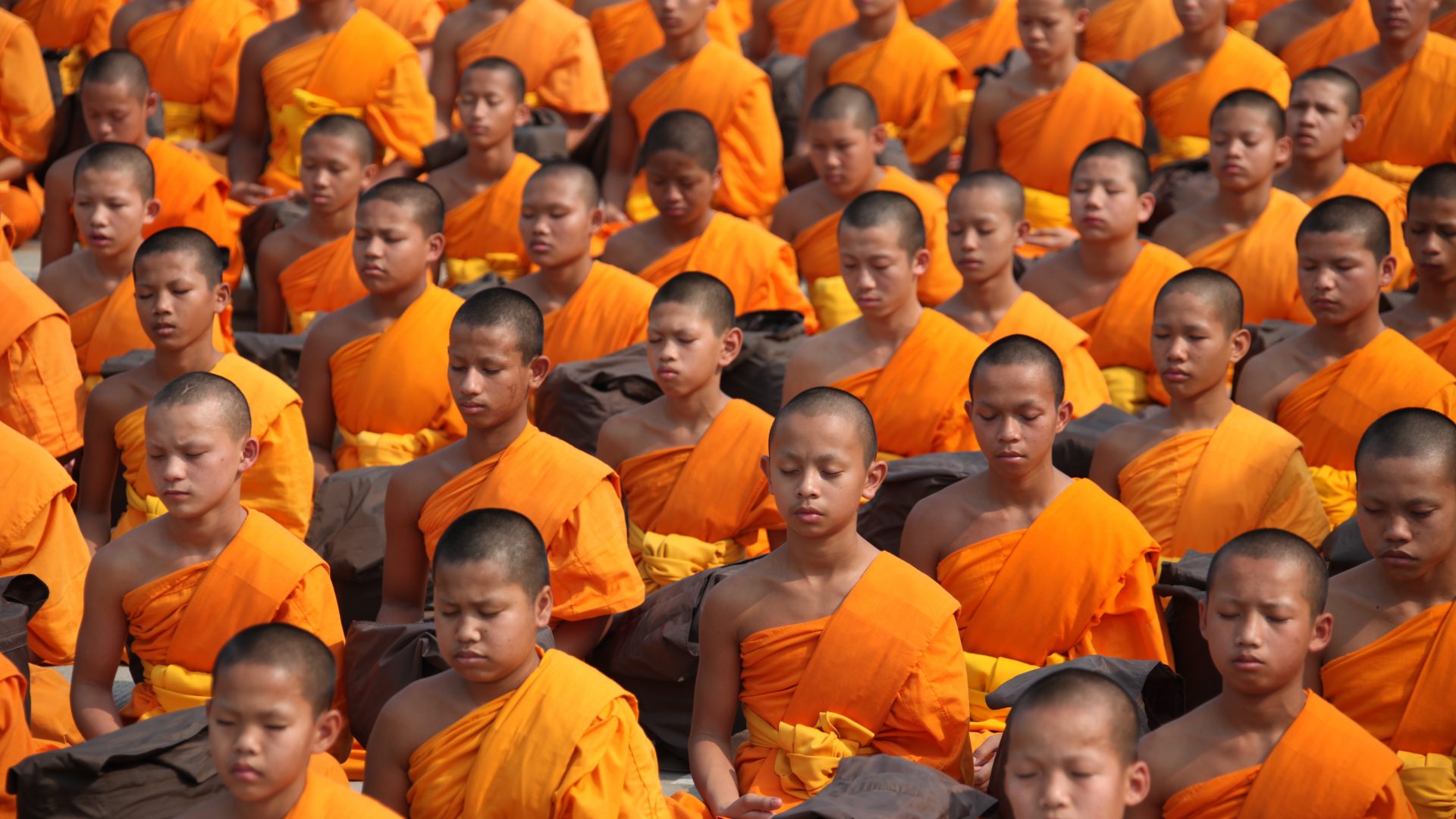 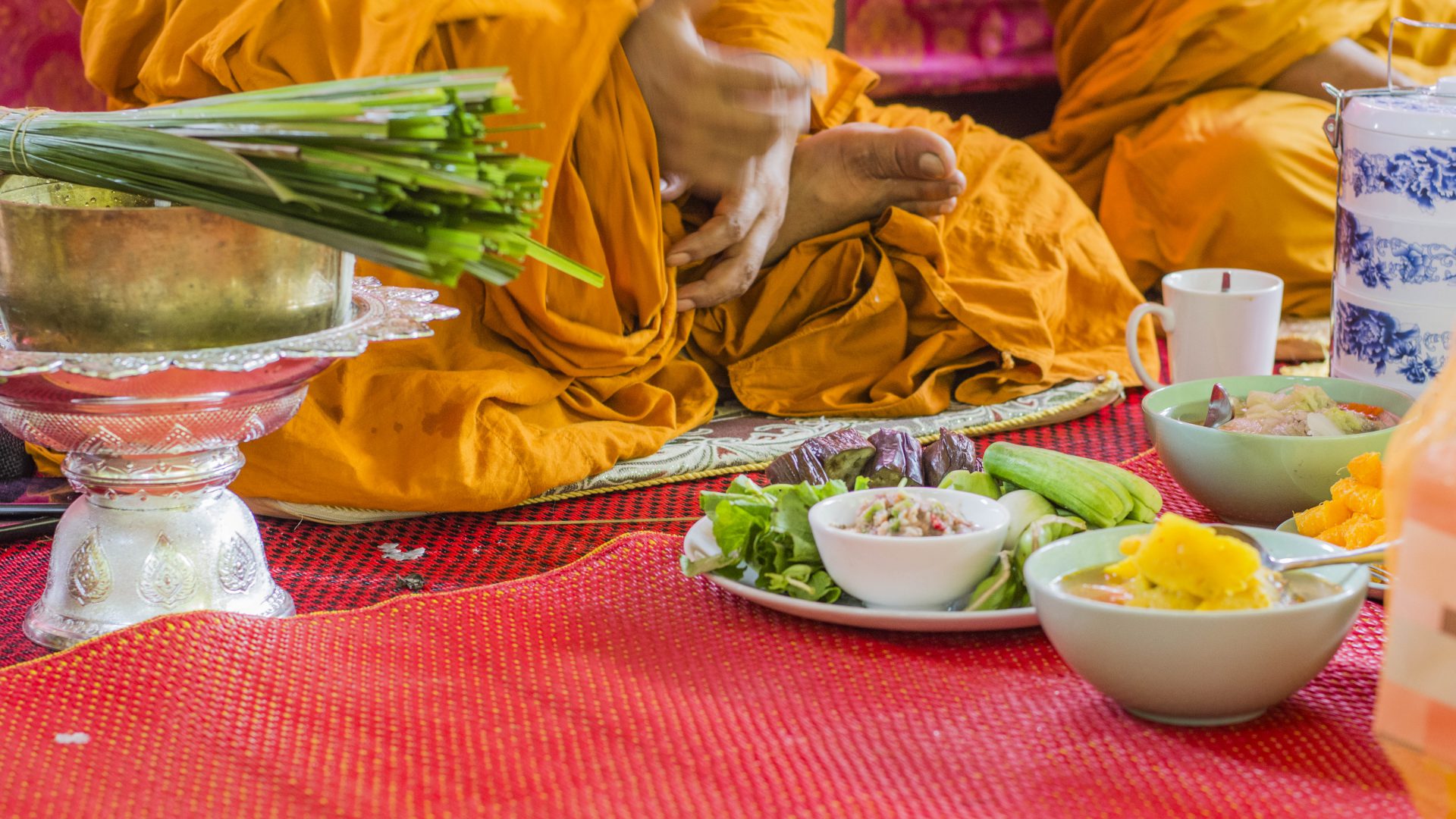 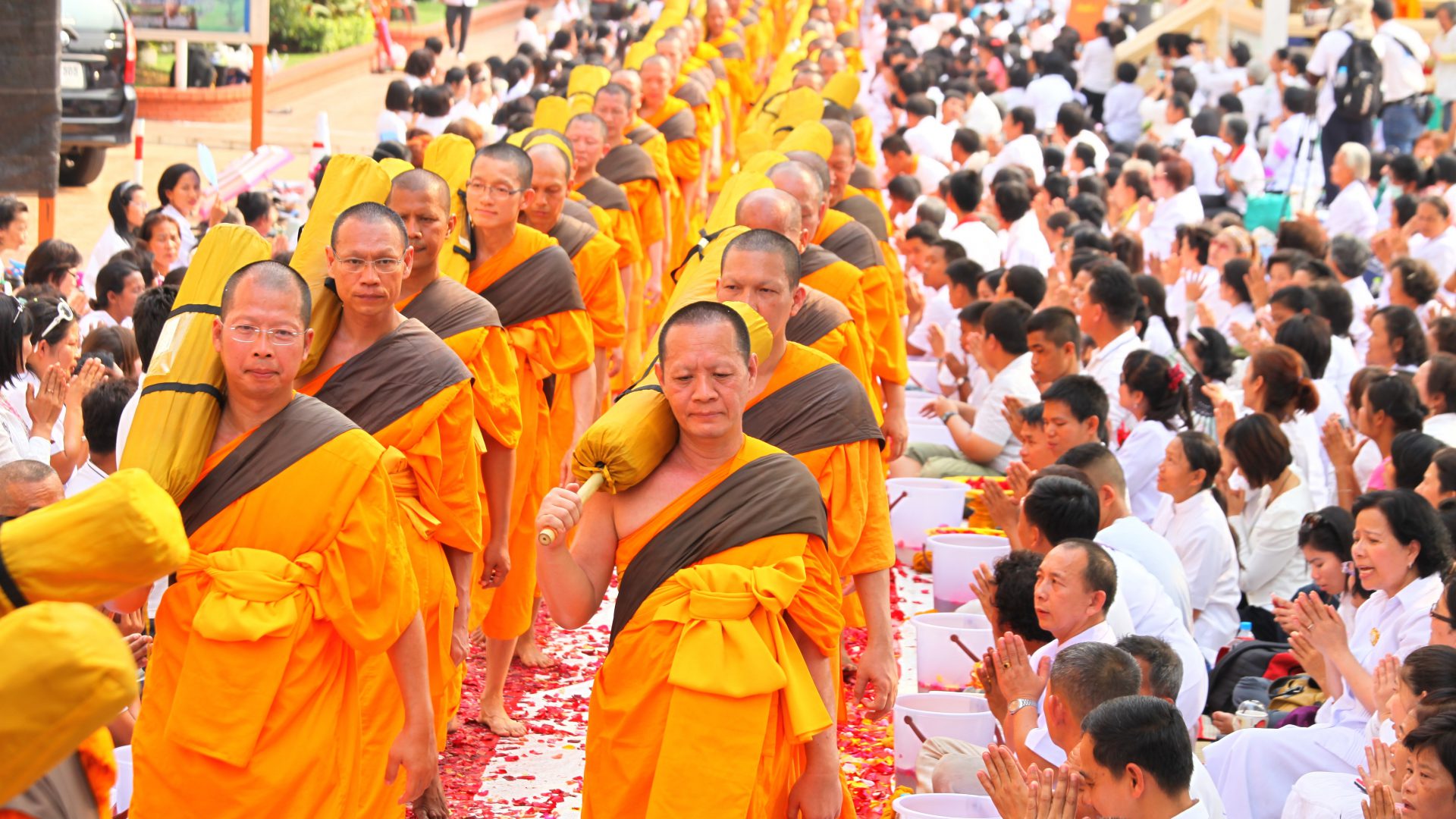 Known as Rama IX – the ninth king of the Chakri dynasty – King Bhumibol reigned from June 9th, 1946 until his death on October 13th, 2016, making him the longest-reigning monarch in Thailand’s history.

Mother’s Day was first introduced to Thailand in 1950 and in 1976 was changed to August 12, so that it would coincide with the birthday of Her Majesty Queen Sirikit. Every year during the month of August, Thai households and public places are decorated with lights, decorations, and portraits of their beloved Queen. In the morning, an alms-giving ceremony is held followed by a countrywide candle-lighting ceremony in the evening and fireworks. The Queen’s birthday is celebrated everywhere, but nowhere more than in Bangkok, especially along Ratchadamnoen Avenue and at Sanam Luang in front of the Grand Palace.

13 October: Passing of His Majesty the Late King

Two years after His Majesty’s passing on October 13, 2016, the anniversary of his death is still one of the most important days to mourn and remember the great accomplishments of King Rama IX, the longest-reigning monarch in Thai history and one of the most truly loved by the people of Thailand.

The Vegetarian Festival is observed nationwide in October on a grand scale. The most colourful celebrations are in Phuket where processions take place through Phuket town, involving firecrackers and drums to ward off evil spirits. Onlookers line the streets and large quantities of firecrackers are thrown into the procession, resulting in plenty of noise and a thick smoke which fills the air and smarts the eyes. The procession also has its macabre side with some procession goers opting to show their devotion by going into a trance and piercing their cheeks with skewers and knives, as well as other more obscure objects like tree branches! The religious rites involved in the festival are entirely Taoist in origin. In other provinces such as Trang, Songkhla (Hat Yai) and Chon Buri (Pattaya), Chinese descendants keep this festival more traditionally.

This day commemorates King Chulalongkorn (Rama V) who passed away on October 23, 1910. He was the fifth Siamese monarch of the Chakri dynasty and is considered to be one of the most revered kings of Siam (now Thailand). He is remembered as the king who introduced many social and political reforms that helped to modernise Siam, including the abolishment of slavery. His first coronation was held in 1868 when he was 15 years old, and he was then crowned king in his own right in 1873. He ruled until his death in 1910 and was known to the Siamese people as Phra Phuttha Chao Luang, meaning the ‘Royal Buddha’. 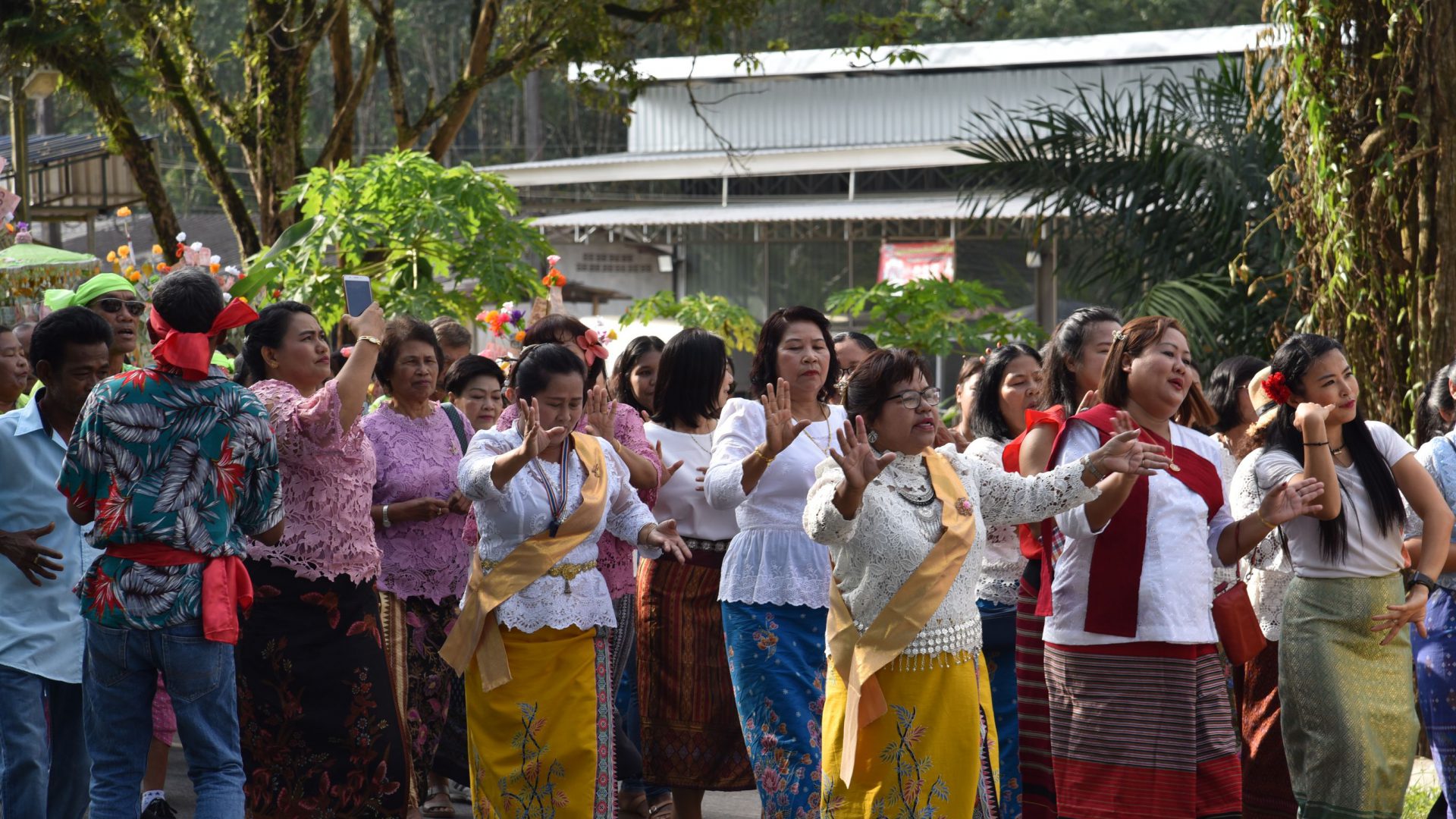 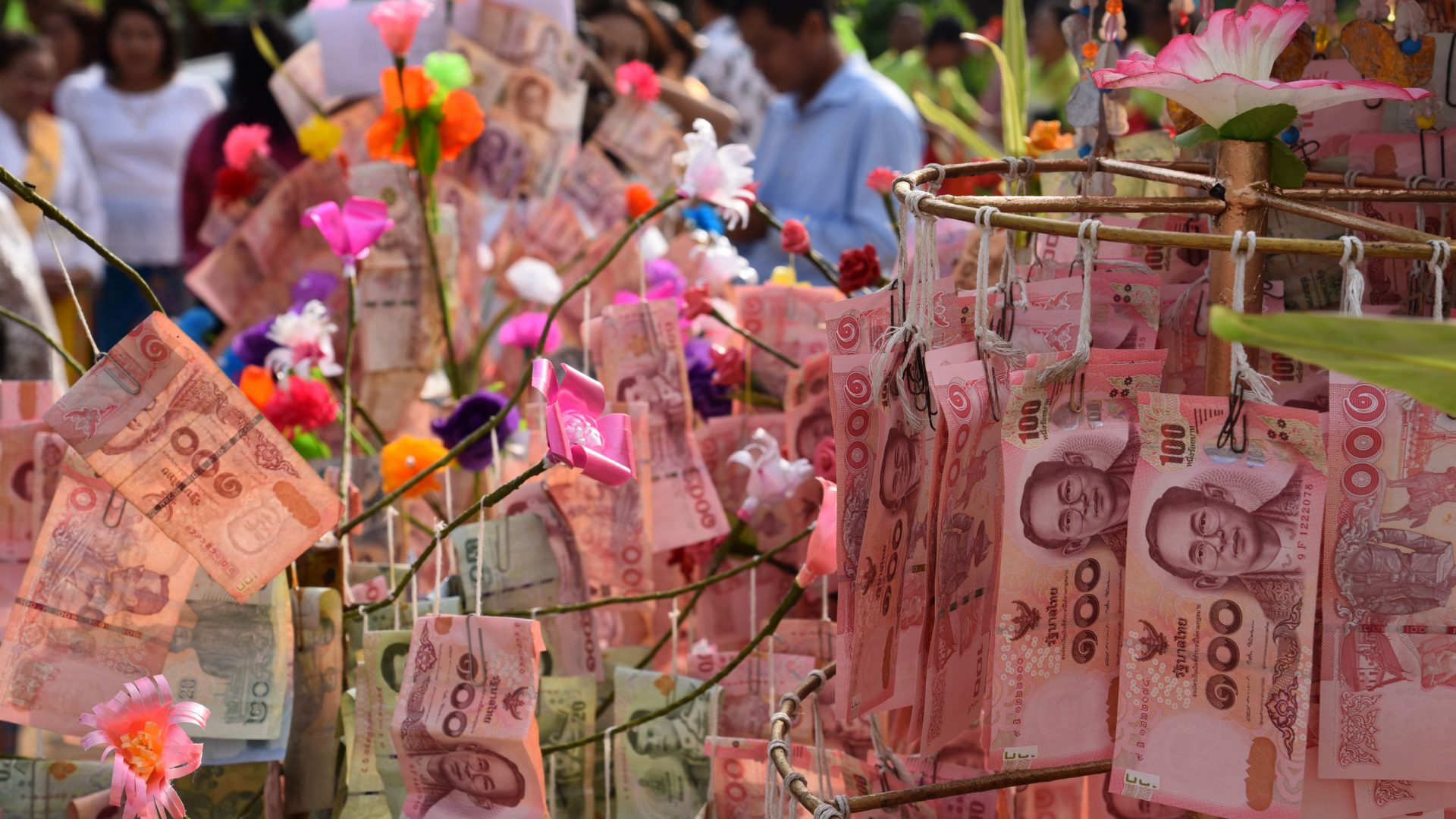 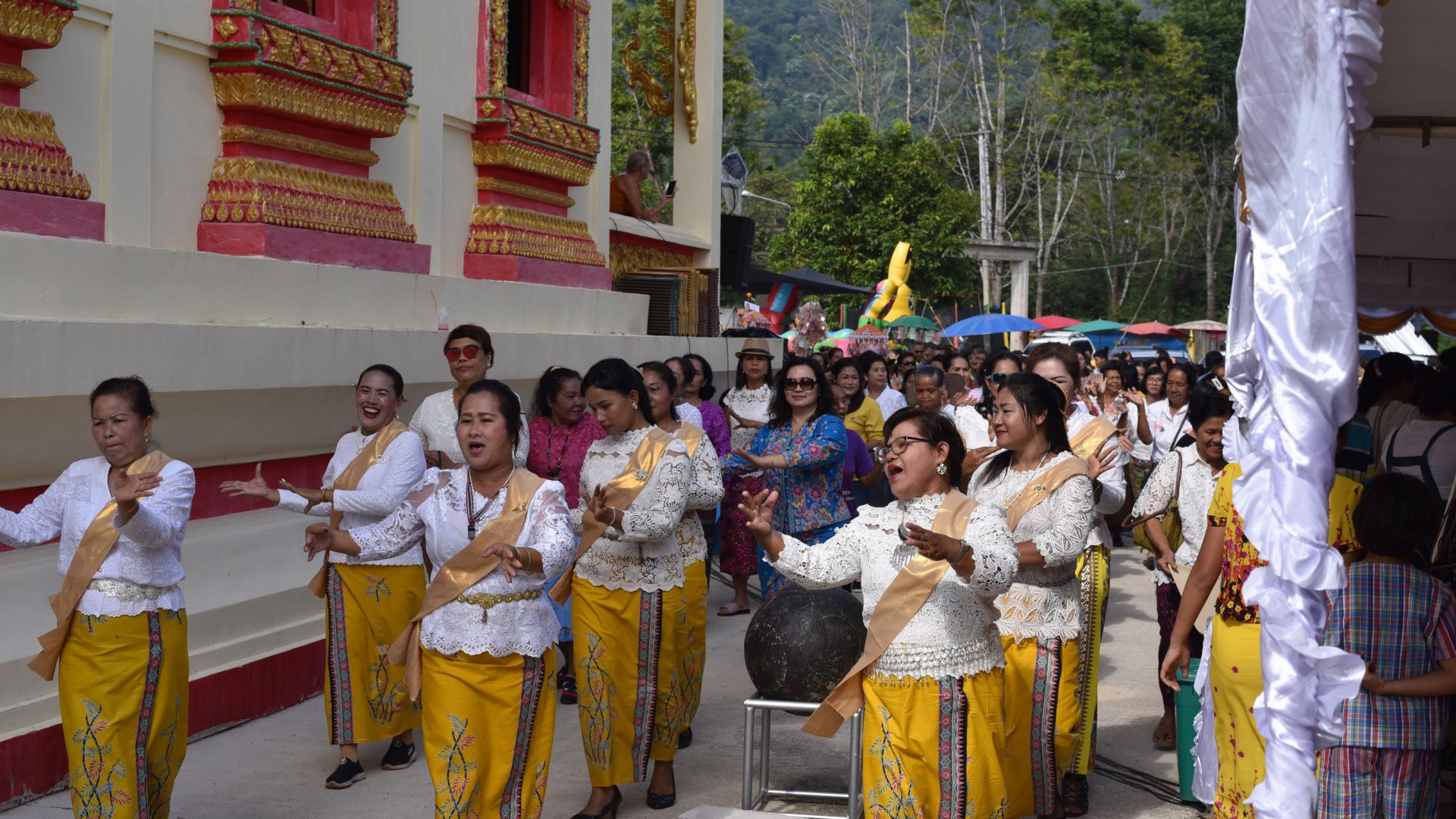 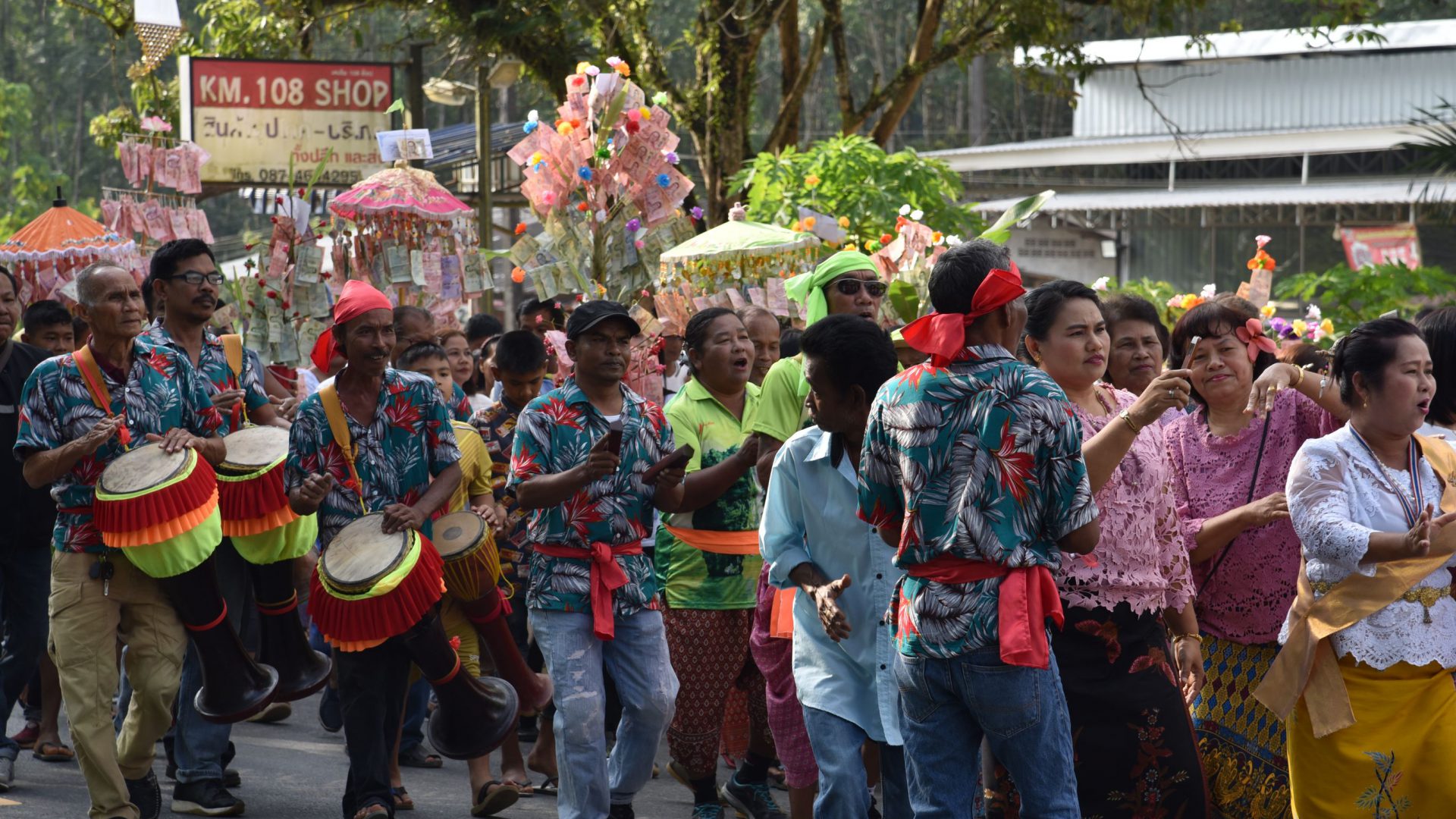 Loy Krathong is full of significance and originates from the time of Phra Ruang, the King of Sukhothai, whose favourite concubine Nang Nophamas set a lotus-shaped Krathong adrift on the river as a gift to the King. From this ancient regal offering was born the Loy Krathong festival, which today is celebrated across the country. Much time, care and attention is dedicated to making these colourful floating offerings. Loy means ‘to float’, while a krathong is a little handmade boat or raft, traditionally made from the trunk and leaves of a banana tree. The krathongs are an origami-esque homage to spiritual and religious legends and offer thanks to the River Goddess Phra Mae Khongkha – symbolizing a ‘letting go’ of past grudges and negative feelings, and beginning anew. Couples launch krathongs to bless their union, and this romantic custom is thought to be especially auspicious if they make the offering together. Since this festival takes place towards the end of the monsoon season, the brightly shining moon reflects clearly in the country´s waterways, creating a magical scene as the many candlelit krathongs float off into the night.

Known as Rama IX – the ninth king of the Chakri dynasty – King Bhumibol reigned from June 9th, 1946 until his death on October 13th, 2016, making him the longest-reigning monarch in Thailand’s history.

This holiday commemorates Thailand’s adoption of a constitutional monarchy in 1932. The king at the time was Rama VII, who was seen by many as lacking the experience necessary to deal with all the issues that were affecting his country. This led to a group of intellectuals and senior military personnel forming a group called the People’s Party who presented the king with the option to stay in power, but have it reduced, creating a constitutional monarchy. Under the new constitution, the monarchy remained in place with the king as head of state, head of the military and defender of all religions. This constant of the monarchy during times of great change reflects the respect and admiration that the Thai people have for their royal family. This pride in the monarchy is a key element of the festivities on Constitution Day. Parades and fireworks take place and images of the Thai kings are displayed across the country.